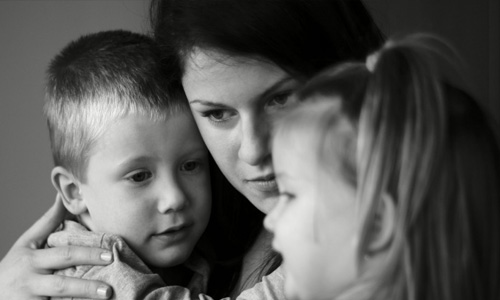 Domestic violence is considered one of the most pressing issues in American society. According to the Domestic Violence Statistics (2016), a woman in the U.S. is assaulted or beaten every 9 seconds.1

Domestic violence occurs in both Christian andnon-Christian homes.  A majority of women who are victims of domestic violence are ashamed to report intimate partner violence to the authorities and their pastors. This is a difficult dilemma for pastors and religious leaders to deal with. Unfortunately, parishioners receive counsel to stay with their abusive partner, pray more for the abuser to change and submit to the abuser.  According to some religious leaders the only condition for divorce is adultery, therefore they counsel the abused wife to stay in the marriage.

The truth is God hastes divorce as much as He hates violence. God hates any form of violence against any human being created in His image. God does not condone any form of abuse.

The bible informs us that ‘God hates divorcebut also hates the man who covers himself with violence’(Malachi 2:16).

Intimate Partner Abuse occurs due to various factors. Intimate partner abuse can results from: spiritual, physical, verbal, emotional, sexual and economic problems as well as alienation and isolation. The abuse may cause irreparable physical ailment as well as severe psycho emotional diseases such as severe depression, acute anxiety, panic disorders, mood swings and even personality changes. At some point the internalized rage may cause the victim to become a co-abuser. Both the abuser and the person who is abused are victims of the diabolical spirit of violence

The bible informs us that “the devil comes to kill, to steal and destroy but Jesus came so that you have life and have it exceeding abundantly.” (John 10:10).

Is this the abundant life in Christ for your life?

If you are reading this message and you are a victim of domestic violence, you are not here by accident; you may feel helpless, alone, fearful, but please do not suffer alone in shame. Our compassionate counselors are here to walk with you on this journey of liberation from this tyrannical bondage to freedom and liberty in Christ.

Multifaith and Multicultural Counseling Group, LLC is a Christian Counseling Ministry geared towards helping Christians and non Christians to develop wholeness in Life.

GET IN TOUCH WITH US